On This Industry That I Love

The Birth of ESH

I love video games. I got my first console when I was around 7 – an Intellivision that I played on until it literally didn’t work any more. I fell in love with playing interactive games. I loved figuring out puzzles, encountering the unexpected. As I grew older, I became enamored with how games evolved, particularly when character designs evolved from simple pixel representations to realistic, three-dimensional characters. It made me want to work in the industry somehow, someday.

I became an audio/visual nerd. I joined the A/V club in junior high to learn the basics of broadcasting. I did morning news announcements to learn how to be on-air talent. I became a whiz at framing and setting up equipment. I inherently knew I would need these skills later on, so these weren’t just elective classes for me.

Flash forward to 2006. Audio podcasts were in their initial stages. At the time I was a fan of the site and podcast “Diggnation” by Kevin Rose. I loved the fun conversation Kevin and his co-host would have, reacting to the top tech stories of the day. It wasn’t canned or planned, just honest silly fun with a touch of informative news. I liked that. I could do that.

I began listening to a variety of video game and technology podcasts. What worked on these shows? What fell flat? What seemed to be too long of a show? Answering these questions would help me frame what I wanted my show to be like. In my months of researching, one thing kept popping up: many of the talking heads on these shows were white men.

I said that over and over after each show I’d listen to. Eventually, I found Gamertag Radio, which featured a more diverse group of hosts (if you’ve never checked out GTR, you’re in luck – it’s still around. Fix your life and do it now). Then I found Dead Pixel Live and Fantastic Forum on the All Games Network, which also had diverse hosts, but these networks were still predominantly male. I could not find a single podcast about video games or technology hosted by women. I damn sure didn’t find any hosted by Black women.

At the beginning of 2006, I decided to start an online audio project with my younger sister. I’d use all my analog and digital audio know how to create an audio remixing platform. Both my sister and I loved music and owned Mac computers with the GarageBand app on them. My idea was that each month we’d work together on creating a mix using the app. One of us would lay down one to two tracks then send it to the other to add their touches to it. (Think “Photoshop Tennis,” but with audio loops.) I called it Splendid Blunder and built a website for it, created initial branding for it and even a MySpace page for it. But all the research I had done on podcasts weighed on me. After a long conversation with my sister, Splendid Blunder died and the ElectricSistaHood was born.

From the Outside Looking In

The first rule of the ElectricSistaHood (ESH) site and show was that it would not be a cause-based show. While we were a show hosted by women, we weren’t going to focus on women’s issues in games or gaming. Instead, we were going to focus on the things we loved – games, tech, and anime and – oh yeah, by the way – we happened to be women.

The second rule of ESH was that we’d never be a video podcast.

The online community was harsh toward women in the industry in every comments-thread I’d come across. Regardless of how pretty or young a woman was on a show or doing a review, she was often harassed or had derogatory things said about her in the comments. I had read stories of women who had been stalked by men in the community, either digitally or physically. They received death threats for game reviews they had done. They told stories of receiving unsolicited nude photographs. The list of abuses went on and on.

My younger sister lived across the country from me, was still in college. She would have been easily found for harassment. I would not allow our project to bring harm to her, so we created pseudonyms for ourselves and used those on the show. We created avatar images to represent ourselves on the website. And if we ever got to the point that we could attend conventions, we’d do audio-only interviews.

While I’d not ever worked in the video game industry, I knew going in that it wasn’t safe for women, especially women of color.

From the Inside Looking Out

The ESHcast ran for – surprising even us – 13 years. We started ESH in April 2006 and ended the podcast in June 2019. Over 640 episodes, each running around 80 minutes long, were filled with us sharing our thoughts about video games and anime. Over those 13 years, we built up a dedicated audience base all through word of mouth marketing. We joked that we were the best kept secret on the internet.

The first few months were exhilarating. The reaction to our initial shows were all positive. We quickly got attention within the industry as well. One group, calling themselves the All Games Network, had created a radio station on the Internet to extoll the virtues of video games. They got wind of our podcast and did an extended interview with me and my sister. 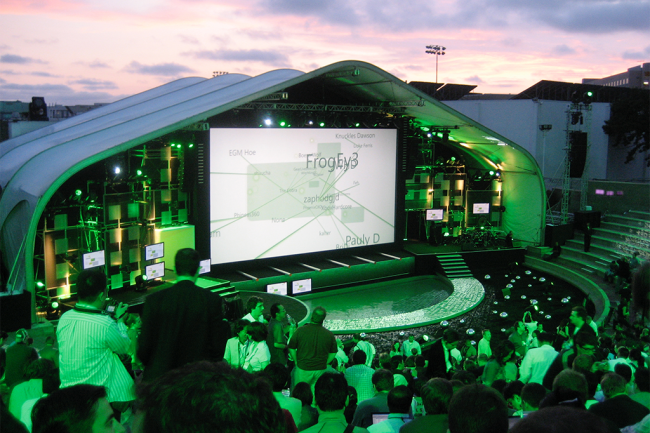 We attended many conventions and expos as media over the years. Shortly after launching the site and podcast, Nintendo USA invited us to their E3 media briefing. We were in shock. We had not been approved for media credentials for E3, so we hadn’t planned on attending the briefing. But the moment invigorated us to keep doing what we were doing. Then the invite to the Xbox Media Briefing came.

My first E3 was the year that E3 was held in Santa Monica or “The Hangar” year. I was by myself in California. I knew no one in the area – hell, I didn’t know the area. But I learned a lot about the industry, my place in it and what role I wanted to play in it by the time the expo ended.

Xbox invited me to attend many of its events at the show, as did Nintendo. I took advantage of all of them. After doing an interview with us, All Games Network had asked us to let our podcast be a part of their network of independent shows. When I ran into the All Games crew at the Nintendo briefing, they took me under their wing for the next few days.

To this day, I am eternally grateful that they did. They kept me safe. They told me which events to go to and which to avoid. They advised me on the parts of town that were safe to be in alone and which weren’t. They invited me to go to events and interviews they were going to – events I had not been invited to – and more. Most importantly, they helped me by teaching me how to network at the show and connected me with other people of color there.

From that first E3, i was able to find and engage with women, and women of color, in the industry. And they were hard to find. I found a few in PR at a Gamerscore Blog event. Another was at a THQ “booth” I explored in a hotel by the pier. But I didn’t see faces like mine among the thousands of regular attendees at the show.

The All Games group was the most diverse group of industry folk I came across the entire show. Black, Latin, Caribbean American, men, women, they were so diverse…and such a strong unit at the same time. I wanted to build a team just like that when I got home.

From that moment, I looked at event culture within the gaming industry with a different lens. Internally I told myself to focus on engaging companies and PR folks of color as a priority. That’s not to say that I worked exclusively with people of color in the industry, but I promised myself that I would work hard to seek them at every event I went to. I would get to know them, ask them about their passions for the industry. I wanted to make sure that they knew that I was here – that they saw me and I saw them. I couldn’t explain it at the time, but I knew this was important.

Now I know that what was weighing on me was validation. I wanted those few people-of-color in the industry to feel and know that their presence in this industry, a group that did not embrace or champion people that looked different than them, was not missed by me.

It was like shouting “We in this bitch for real!”

Looking Toward the Future

As a team, the ESH crew has been to a lot of cons and expos. We’ve hosted parties, been panelists, interviews and written a lot of articles. Over the course of our 13-year run, I’ve happily seen the faces in the crowds of these events grow more and more diverse. Now, there are more shows, media outlets, content creators of color, more faces and voices from the LGBTQ+ community all finding and building their respective audiences and communities. I truly feels great to see this shift. And it’s heartwarming to see that change happening not only across the fandom level, but also at the creator/publisher/decision-making level.

It makes me feel good to see that more and more companies are focusing on diversity and inclusion. Personally, I feel the more voices and perspectives that you can bring to the table, the better your storytelling, creativity and connectivity can be. But I am afraid it is superficial because my experiences over the last decade-plus has shown me this.

And I continue to see it today.

I see the reactions to people, not just women, sharing experiences where they have been harassed or physically harmed by others in the industry. They are shamed. They are vilified. They are traumatized. For the most part, their assailants are not held accountable, which makes it more difficult for some to see value in stepping forward.

Usernames proliferate on streaming platforms, online multiplayer spaces, social media platforms and other spaces that are derogatory and vulgar.

There are disclaimers before entering online multiplayer spaces that say the game makers are not responsible for the experience you may have online – and I call that bullshit.

I Call Bullshit on All of It

I enjoy a bit a trash talk with my friends. Inside my close circle of friends, we use vulgarities that would make a pirate’s mother blush. I’m not saying that can’t exist in games or the industry. But as consumers and creators we can – and need – to draw lines clearly around what is acceptable and what is not.

Oh yeah, it’s not OK to be a multi-billion dollar business lacking diversity throughout your leadership levels.

I value heroes who look like me in all spaces: CEO, COO, Design Lead, Head Animator, Editor-in-Chief, Intern, protagonists and antagonists.

We can be better. And looking forward, I have hope we will be.